From the Pyrenees to the Mediterranean, and from there to the Atlantic, Spain is more diverse than you think. Paella and bullfighting may be Spanish, but neither defines this Iberian country. Spain – more than you would expect.

Discover Catalan culture in Barcelona, ​​complete with dream buildings thanks to Antoni Gaud. Try the pintxos – Basques take tapas – in the northwest, and see the imprint left by Moorish architecture in Andalusia in the south.

There is so much more, not to mention the beaches of the famous Costas. Or the incredible Roman ruins that dot the country – especially Segovia, with its aqueduct. Expect history, good food and lots of sun – all in healthy doses. to the best places to visit in Spain: 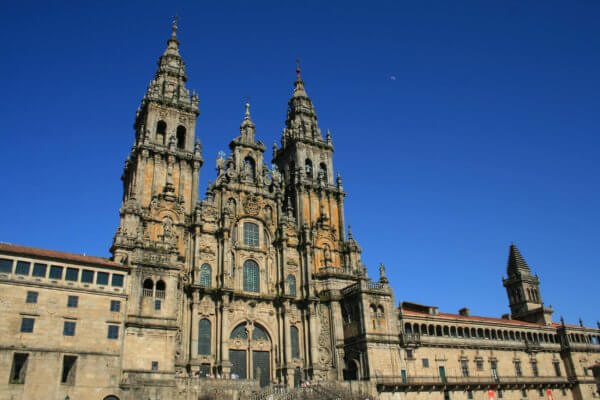 Today the city attracts thousands of visitors every year both for its religious tradition and for its history. The arrival point of most pilgrims is the main square, Praza do Obradoiro. Located in the heart of the city, this lively square is the site of many important landmarks, most notably the Santiago Cathedral where the tomb of St. James is located.

Perched on a mountaintop in central Spain, Toledo was the Spanish capital until the 16th century. Today Toledo is a popular destination for its wealth of historic art and architecture that dates back to the Roman Empire.The best thing to do in Toledo is to get lost in the medieval streets and admire the ancient architecture which includes a stunning cathedral, synagogue and a mosque. Cordoba is the capital of the province of Cordoba in the Andalusian region of southern Spain.

The historic district of Cordoba is a maze of medieval streets, squares and whitewashed courtyards, all located around the main attraction, the Mezquita. , the Mezquita is now a glorious cathedral that retains most of its original architecture. Its forest of columns topped by Islamic-style red and white striped arches recalls the glory and importance of Córdoba in the Middle Ages.

Other places of interest are the Fortress of the Christian Kings, the Via dei Fiori and the Old Jewish Quarter with its charming patios and souvenir shops.

San Sebastian is the capital of the province of Gipuzko, located in the Basque Country of northern Spain off the coast of the Bay of Biscay. The Old Town features many historic buildings rebuilt in the 19th century after the city was nearly destroyed during the Napoleonic Wars. San Sebastian also boasts some of the best beaches in Europe, the most famous being Playa de la Concha, which offers sunbathing and water activities such as swimming, kayaking and water skiing.

One of Spain’s largest and most important cities, Valencia is located in the east of the country, in the Valencia region, and after diverting the Turia River, the city built its most impressive landmark, a huge cultural and entertainment complex. entertainment known as the City of Arts and Sciences. Within this complex are several buildings such as the science museum, planetarium and aquarium, which are each artistic marvel in and of themselves.

Every March, Valencia hosts the Fallas Festival, where each neighborhood exhibits figures of papier mache in all sizes and colors.At the end of the week, the figures are ceremoniously burned and the communities party well into the night.

Spain’s capital and largest city, Madrid, is widely known for its buzzing nightlife.The heart of Madrid (and Spain) is the Puerta del Sol, a large square that serves as a backdrop for festivals, important gatherings and artists as well as a hub for the public transport network. Another important square is Plaza Mayor, known for the lively San Miguel Market. Located at the base of the Sierra Nevada mountains in southern Spain, Granada is the capital of the province of Granada.Granada offers a perfect mix of traditional cultures, a lively nightlife and spectacular attractions including the famous Alhambra, a pinnacle of Moorish art that contains Andalusian history. This medieval complex overlooking Granada is one of Europe’s great architectural attractions, with many visitors coming to Granada specifically to see the Alhambra, the last Moorish stronghold in Europe.

Tags: Best Things To Do, city, Europe, Holidays, Holidays in Spain, museums, Squares, things you should do, WHERE TO EAT & DRINK