Behind the well-preserved ramparts are streets full of history, alive with the sound of music and adorned with art, Avignon is that and more. 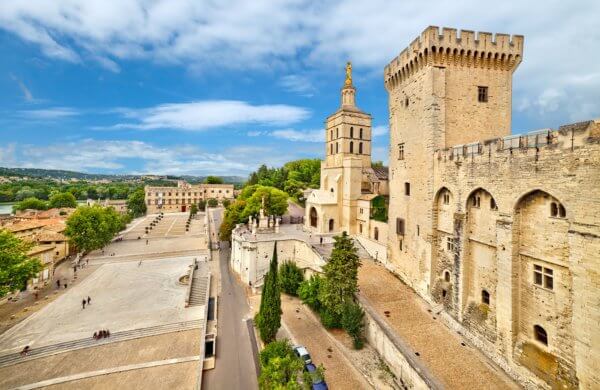 Palace of the Popes

You cannot understand the staircase of the 14th century Papal Palace until you see it live. Just to try and convey dimensions, you could put four Gothic cathedrals in here and there are 24 rooms to visit on the tour. It is the main attraction of the world heritage of Avignon and one of the most famous and precious historical buildings in France.

Take the audio guide for the complete story, and stop in the papal apartments with walls adorned with frescoes painted almost 7002. Bridge of Saint-Bénézet
Known by all as the Pont d’Avignon, the mythical bridge dates back to the end of the 12th century and connects France with the papal territory. It was positioned in the narrowest part of the Rhone bend to reduce its exposure to the notorious strong currents of the river.

Originally there were 22 arches, of which four remain today, and the bridge was 915 meters long, a sensational size for the time it was built. Over the next hundreds of years the bridge was damaged and rebuilt by the floods, until eventually a catastrophic flood in the 17th century took away most of the arches. The large open space that frames the Papal Palace is not here by chance.

It was designed by the antipope Benedict XII at the beginning of the 15th century, when the winding streets around the palace were razed to increase the size of the structure. years ago by the gothic artist Matteo Giovanetti.

On the square you have a perfect view of the palace, as well as the Renaissance Petit Palais, the Romanesque cathedral of Avignon and the Hôtel des Monnaies (mint), renovated in Baroque style in 1619.

The Lambert Collection is one of Avignon’s newest art museums and was founded in 2000 by the art dealer Yvon Lambert as a space to exhibit the works he had donated to the French government.

The galleries are housed in two stunning 18th century hotels.

The museum expanded significantly in 2009 when Lambert made another donation of 560 pieces, the largest art donation to France since Picasso’s posthumous donation in the 1970s.

The art on display is contemporary, with photographs, videos, paintings and sculptures from the 1980s to the last few years by artists such as Cy Twombly, Anselm Kiefer and Nile Toroni.

Temporary exhibitions are set up in the Hôtel de Caumont, while the Hôtel de Montfaucon houses the permanent collection. 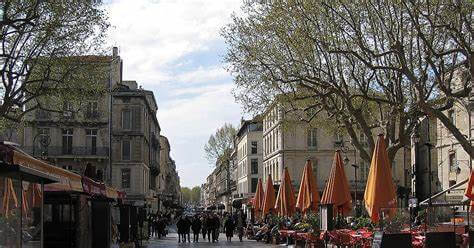 In the main square of Avignon are the town hall and the opera house.

Place de l’Horloge takes its name from Avignon’s Gothic clock tower, but this can be quite difficult to spot on the square because it is hidden behind the new neoclassical buildings of the town hall.

In summer, almost half of the Place de l’Horloge is occupied by rows of seats for the line of restaurants that stretches the entire length of the square.

There is a carousel for children, while in December the Christmas mark is held in front of the town hall. But the ideal time to be here is in July, when the public performances of the OFF theater festival take place under the plane trees of the square.